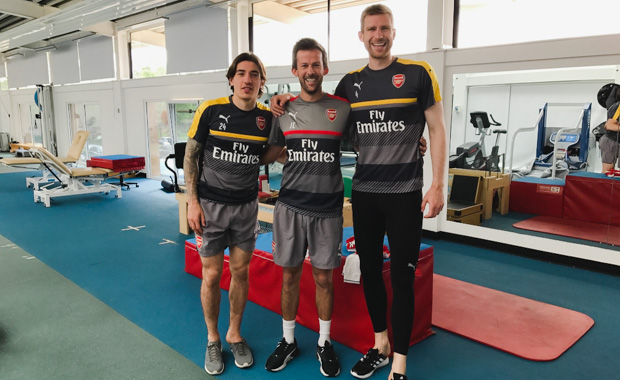 James was recruited by Arsene Wenger and Arsenal in 2010 and has spent 7 seasons as Head of Nutrition, working with the first team as part of the performance and medical teams whilst setting up the infrastructure across the club, including academy and ladies teams.

James is part of the steering committee for the 2020 UEFA Expert Group Statement in Nutrition, the best-practice guidelines within football, with 32 of the worlds leading researchers and practitioners.

James consults with national associations and clubs on the strategic use of nutrition with football, as well as individual players at his Harley Street base in Central London.