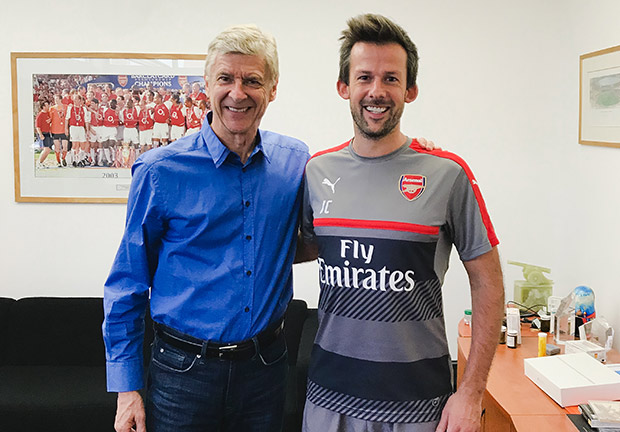 James Collins is recognised as a leading Sport & Exercise Nutritionist. In elite sport he has worked with Team GB Olympic teams and athletes over three Olympic Games. He joined Arsenal Football Club in 2010, where he spent seven seasons as the club’s first performance nutritionist.

He has worked as a consultant with England Football, France Football (2018 World Cup winners), and is currently a consultant with Chelsea FC. He was a project lead of an international team of 31 authors to produce the ‘UEFA Expert Group Statement on Nutrition in Elite Football‘, the best practice guidelines within the sport, published in The British Journal of Sports Medicine (BJSM).

James is Managing Director of INTRA Performance Group working with talent from elite sport and entertainment from their Harley Street clinic. He was previously elected President of The Royal Society of Medicine’s Food and Health Forum and is author of the acclaimed book ‘The Energy Plan‘ (Penguin Random House).

After completing his MSc in Sport & Exercise Nutrition at Loughborough University and International Olympic Committee (IOC) Diploma, he was recruited to join The English Institute of Sport in 2006.

James regularly collaborates with the media. He is columnist for The Telegraph, a regular consultant BBC’s Good Food brand and worked on the 2018 Sport Relief challenge. He regularly provides expert comment to the media on topical issues. He is a registered Sport & Exercise Nutritionist (SENr).